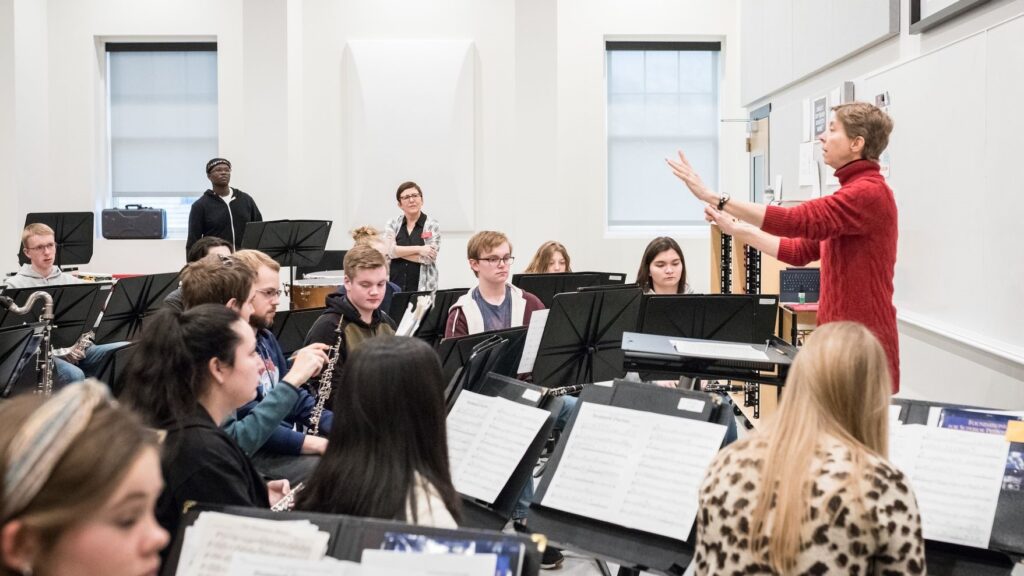 Shirley Mier is a Twin Cities-based composer, music director and music educator. She writes music of all kinds, in the theatre, educational and concert world. Theatre works include children’s musicals commissioned from Stages Theatre in Hopkins, MN, scores for Shakespeare plays, and music for Greek tragedies. Her theatre music has been heard at the Minnesota Fringe Festival, Shakespeare in the Park, The Playwrights’ Center, and many other stages across the U.S. and Canada. Published musicals include The Twelve Dancing Princesses, Twas the Night Before Christmas, and Madeline’s Christmas. Concert band works include commissions from Minnesota school bands and community bands, and several publications and award-winning works. Theme and Deviations for Band won the Fifth Annual H. Robert Reynolds’ National Wind Ensemble Composers Competition and was performed at Carnegie Hall, and Maiden Voyage (published by Grand Mesa) placed as a finalist in the first Frank Ticheli Composition Contest. Other published band works include Steampunk Overture (Grand Mesa), and Forge Ahead! and Song of the Wind: An Aztec Legend (Alfred Music).

Shirley’s band the Hell-Burnin’ Sinners began in 2019 as the onstage band for Century College’s production of The Grapes of Wrath, and they’ve played many venues around the Twin Cities since, including the Minnesota State Fair and Twin Cities Summer Jam in 2021.

Shirley holds a Ph.D. (2005) and an M.A. (2002) in Music Composition from the University of Minnesota, and a B.A. in Music from Grinnell College. She has taught music at Century College (a community college in White Bear Lake, MN) since 2007 and is a member of ASCAP, the Dramatists Guild, and the American Composers Forum.