Originally commissioned by the Minnesota Symphonic Winds in 2013, Courage Shining Forth will be performed by the Plymouth Concert Band (David Elmhirst, Director) at their spring concert on May 7, 2023, at 4pm at Wayzata High School.  Looking forward to this performance!

Shirley’s latest completed band commission, Deep Freeze, is a flex-band work written for the Streamwood High School Band in Streamwood, IL (Max Mollenkamp, Director). It will be premiered at their winter concert on December 21, 2022.  Best wishes for the premiere!

Forge Ahead! will be performed by the Highview Middle School Band, New Brighton, MN (Phill Erickson, Director) at their winter concert Dec. 5, 2022, and at the MMEA Midwinter Clinic on Feb. 16, 2023.  Congratulations on being selected to perform at MMEA and best wishes for a successful performance!

Shirley will direct Forge Ahead! at Edison High School, Minneapolis, MN (Lesley Earles, Director), for their winter concert at 7pm Dec. 13, 2022. Thank you for the invitation to rehearse and conduct the band!

Maiden Voyage will be performed by the Park High School Band in Cottage Grove, MN (Tom Storm, Director) at their concert on November 14, 2022.  Best wishes for a great performance!

In 2011, the Century Chamber Orchestra commissioned Shirley to orchestrate a set of piano preludes by Scriabin, and they are performing the work again at their fall concert on Sat. Nov. 19, 2022, at 2pm, at the Century College West Campus Theatre.  See you there!

The Gale-Ettrick-Trempealeau High School Band (Galesville, WI) will perform Steampunk Overture at their fall concert on Oct. 17, 2022, at 7:30pm.  Best wishes for a successful concert!

On May 16, 2022, Shirley conducted the Farmington High School Band Class of 2022 members performing Legacy, the work they had commissioned from Shirley two years before as a farewell gift to their band directors (Bradley Mariska, Erin Holmes, and Elliot Douma). The piece reflects and commemorates their collective experience in band: learning their instruments, developing as musicians, coping with the disruption of the pandemic, emerging triumphant and looking forward toward new adventures. Thank you Mac Kenzie Frame and the Class of 2022 band members for a truly special commission – it was a memorable and wonderful experience working with you!

In October 2021, Shirley Mier and playwright Brian Vinero rehearsed and recorded a demo of their musical The Allan Street Yiddish Theatre Palace Presents: Cinderesther. It is now available on Vimeo – see below!

Of Lakes and Legends

Written for the Century Chamber Orchestra (at Century College, White Bear Lake, MN), Shirley’s orchestral suite Of Lakes and Legends was recorded by the Croatian Chamber Orchestra in the fall of 2017 with PARMA Recordings and was released in October 2018 on their Navona label on the album Legends and Light, a compilation of contemporary orchestral works.

The Century Chamber Orchestra premiered Of Lakes and Legends in May 2017 and performed the work again in May 2018 as part of Century College’s 50th Anniversary celebration.

In August 2021, the Zagreb Philharmonic Orchestra, conducted by Miran Vaupotic, performed Of Lakes and Legends as part of a streamed concert of contemporary orchestral works.

Last spring Shirley was composer and sound designer for Century College’s production of The Play That Goes Wrong, April 22-May 1, 2022. She has also composed incidental music for other recent productions at Century: The Curious Incident of the Dog in the Night-Time in October 2021 and She Kills Monsters: Virtual Realms in October 2020. Check out the soundtrack highlights album for Curious Incident and She Kills Monsters on her bandcamp page!

In Spring 2019, Shirley wrote and arranged music for Century College’s production of The Grapes of Wrath. Her onstage group of musicians, the Hell-Burnin’ Sinners, has evolved into its own band and they’ve taken it on the road!  They have performed at venues including Driftwood Char Bar, Midtown Global Market, Broken Clock Brewing Cooperative, and Eagles Club #34. In summer 2021 they performed pregame shows at CHS Field for the St. Paul Saints, and at Twin Cities Summer Jam in Shakopee. Visit their website or Facebook page to check out upcoming events. 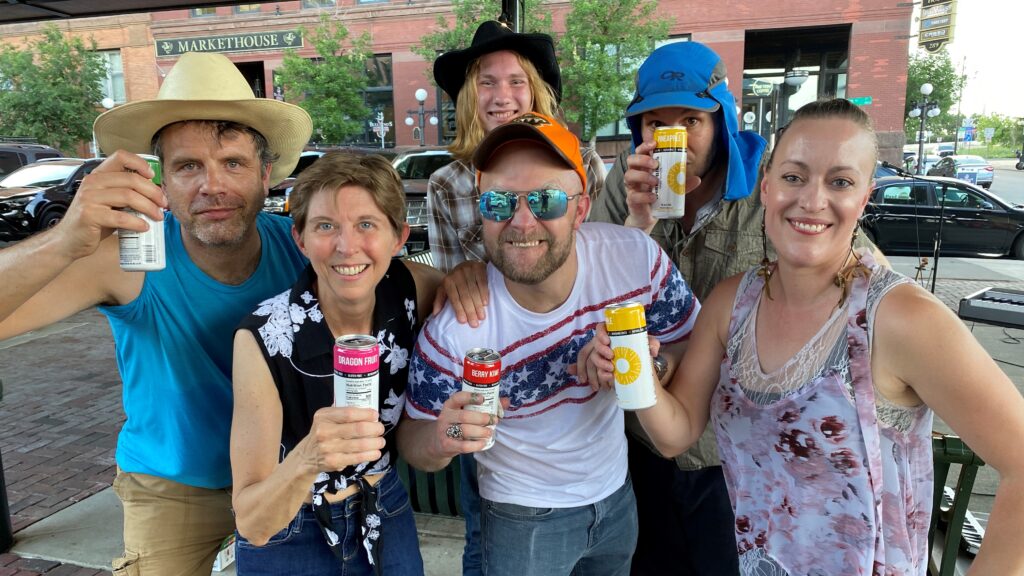 Of Lakes and Legends

Shirley’s orchestral suite Of Lakes and Legends was featured in the January 2018 issue of White Bear Lake Magazine.  Many thanks to everyone who contributed to this article!

The CD Legends and Light (featuring Of Lakes and Legends) is reviewed in the online articles linked below:

Shirley Mier’s and Jennifer Kirkeby’s musical adaptation of Madeline’s Christmas has received numerous productions around the country since its publication by Dramatic Publishing in 2005. KOTA’s 2016 production in New York was recognized by TheatreMania in its article “9 Holiday Shows to Make Your Season Merry and Bright,” and this same production was named among the Best 10 Holiday Shows in New York City by newyorkcitytheatre.com. Thanks to the many theatres across the country that have made this show a holiday tradition!